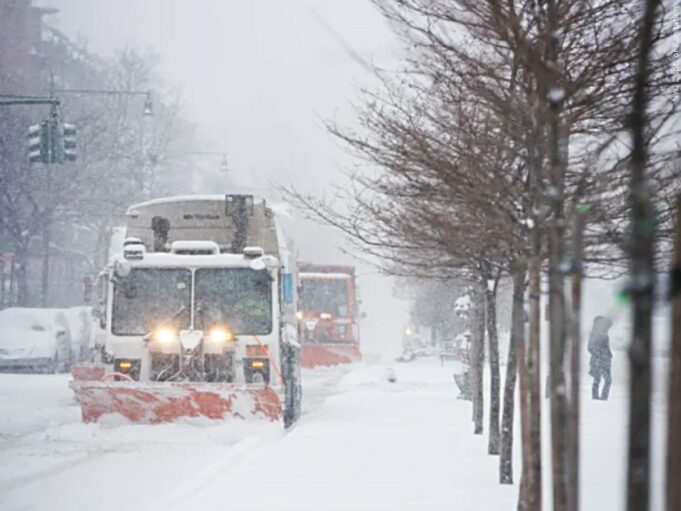 Extreme weather events have increased and are increasing.

The new year has already seen inclement weather slam parts of the U.S. including parts of the South and Northeast at Final Call presstime. The powerful Winter Storm Izzy dumped as much as 10 inches of snow in some areas of western North Carolina as the system moved across the southeastern U.S. and brought strong winds, thunderstorms and snow to New York, Ohio and Pennsylvania. A foot or more of snow fell in parts of these states leaving tens of thousands of customers in the region without power, reported Associated Press.

Sleet and rain were the main threats for much of Massachusetts, Connecticut and Rhode Island and the massive storm brought similar conditions to the Southeast, the outlet reported. Severe thunderstorms in Florida spurred a tornado with 118 mph winds, destroying 30 mobile homes and majorly damaging 51 more. The National Weather Service issued a winter storm warning for parts of Minnesota, the Dakotas, Iowa and Illinois, where forecasters were expecting up to 10 inches of fresh snow. 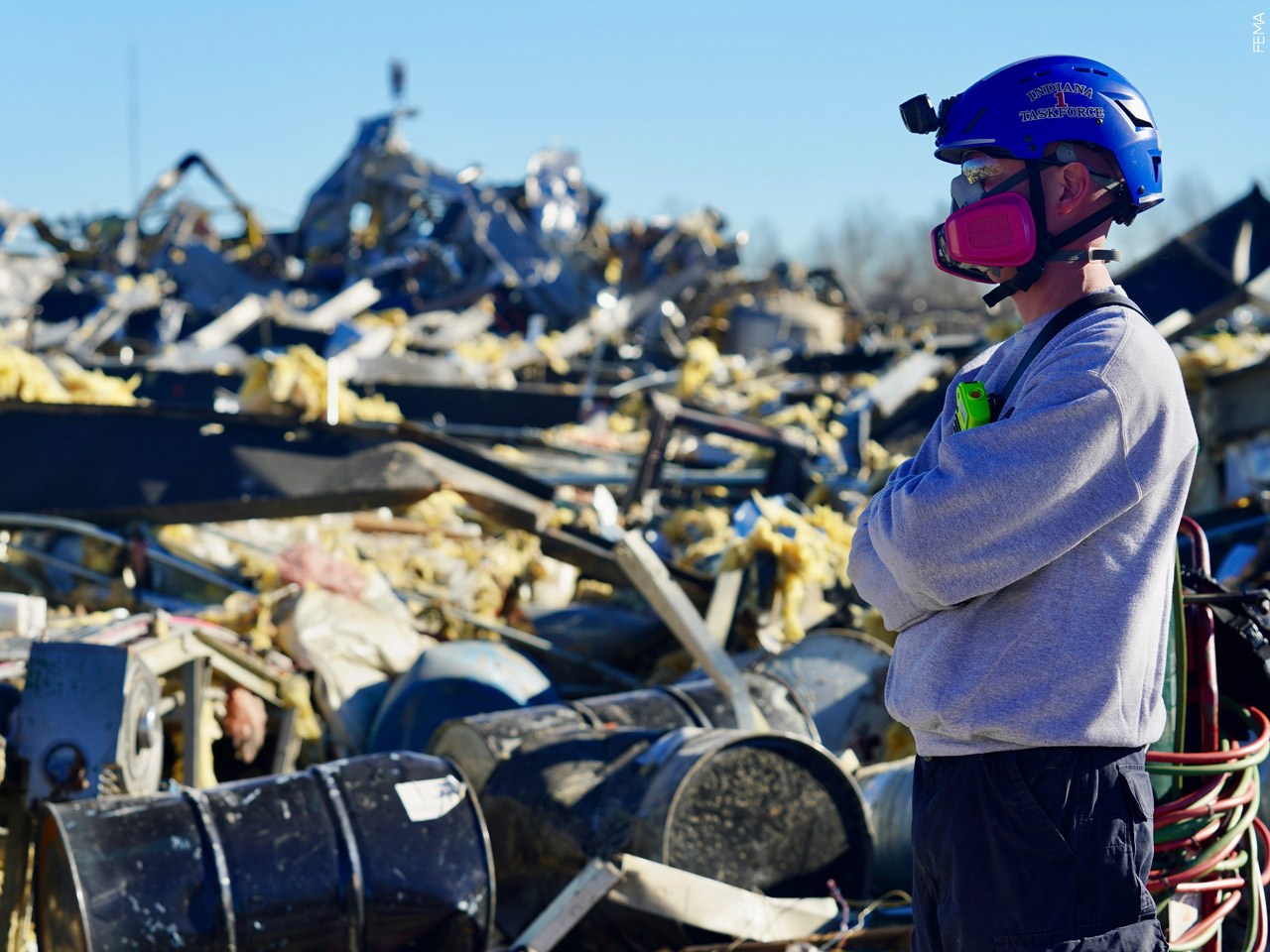 2022 is picking up where the previous year left off. Weather events in 2021 were very costly for the country; wildfires, hurricanes, a deadly heat wave in the West and central parts of the United States, three separate tornado outbreaks in the South, and unusually cold temperatures in Texas that left millions of people without electricity, were among 20 weather and climate disasters in the United States, that cost $1 billion or more each, totaling $145 billion and killing 688 people across the country.


Hurricane Ida, which started as a weak hurricane and quickly became a Category 4 storm over warm water in the Gulf of Mexico, was the most expensive disaster of 2021. It tore through parts of Louisiana and the Northeast, leaving an estimated $75 billion in damages.

Since the National Oceanic and Atmospheric Administration (NOAA) started tracking billion-dollar extreme weather events in 1980, there have been 298 events that met their threshold, exceeding a total of $1.975 trillion in damages and costs.

According to the NOAA, the last five years have cost the United States $742 billion in 86 separate billion-dollar weather disasters, an average of 17 per year, a new record.

The United Nations Intergovernmental Panel on Climate Change released a report, stating in part: “The past five years of hurricanes alone amassed a total cost of $401.8 billion. With more frequent, stronger, slow-moving storms coupled with the co-effects of sea level rise and other impacts of climate change, these numbers are expected to continue to increase significantly.”

The report also noted that in addition to June 2021 being the hottest June on record in the United States, that month saw the Pacific Northwest experience a record shattering heat wave that brought temperatures into 100-degree Fahrenheit at that time of year. “That prolonged heat dome resulted in nearly 200 deaths, more than 1 billion sea creatures getting cooked alive in their seashells, and drier vegetation with the potential to contribute to increased wildfire danger,” the report continued. 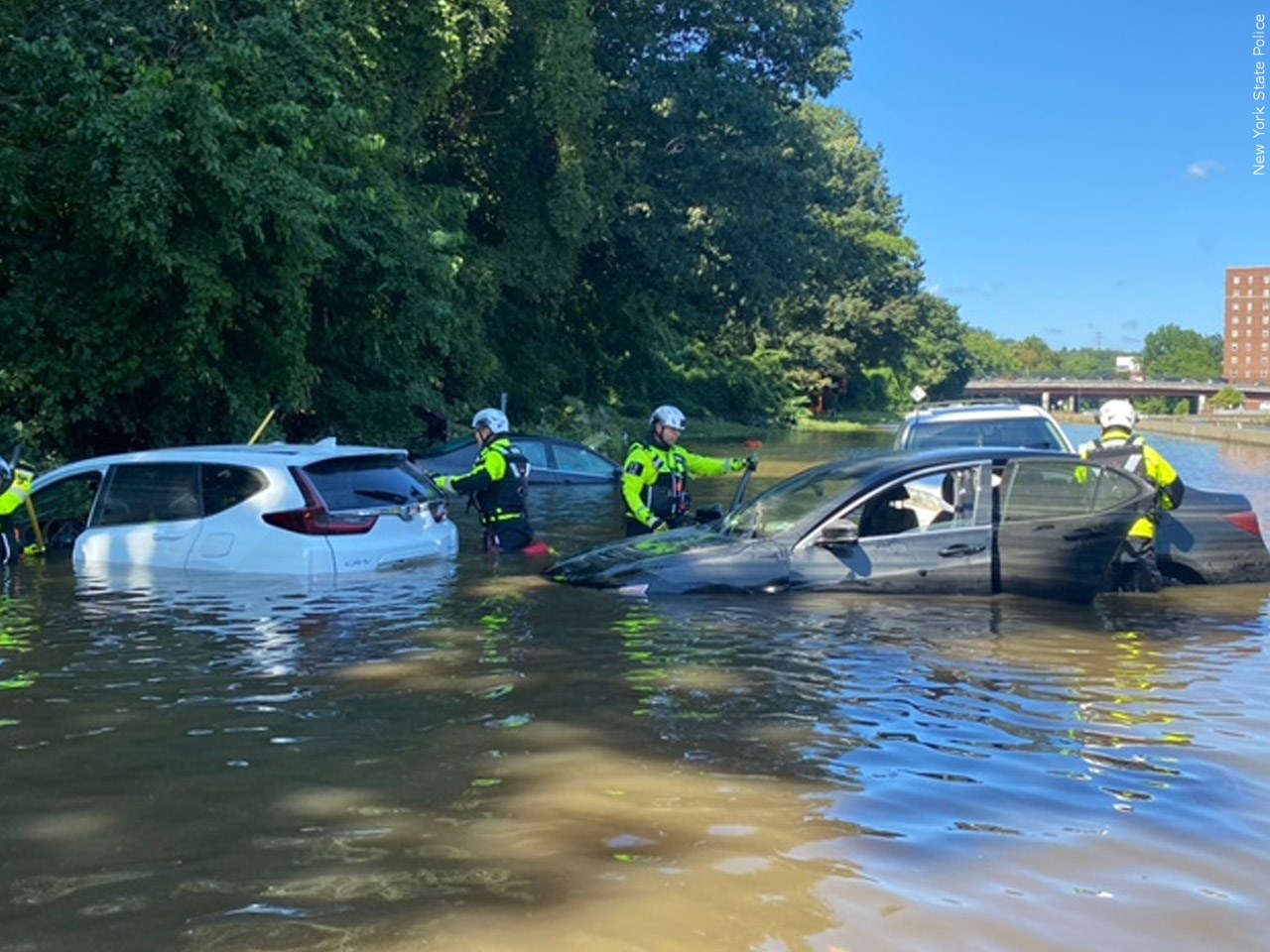 Dr. Abdul Haleem Muhammad is Southwest Student Regional Minister of the Nation of Islam and an urban planner based in Houston. “Not only is there physical destruction from these natural disasters, there’s the human impact of lost wages, lost property, and there’s also the impact of insurance industry paying out claims,” he told The Final Call.

“There’s also the strain of the infrastructure. The total cost of these events are always going to be five to 10 times greater than the amount that is being stated by the government or the experts, because they really don’t know the long term damages of these disasters,” he explained.

Distribution of post-disaster resources and funds is another area of concern and again shows the disparities and inequities on what communities get and the help they need.

“What I have seen and experienced during Hurricanes Katrina and Ike, and Hurricane Harvey, there’s $2 billion that is tied up in the state of Texas that has not been distributed to those who have been impacted by Hurricane Harvey, and that hurricane occurred in 2017,” said the student minister. 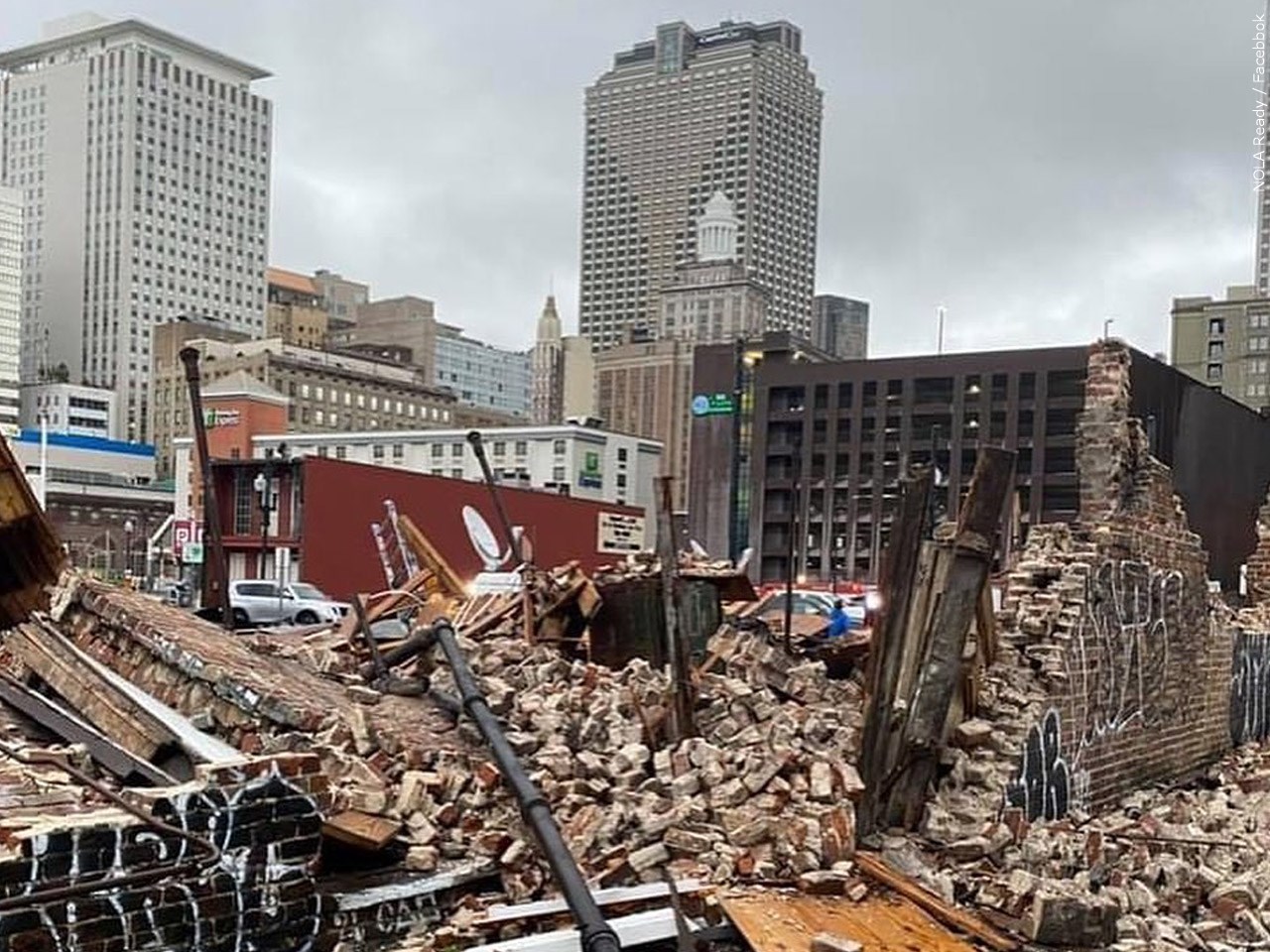 “There’s a fight between the state government and the general land office and Houston Mayor Sylvester Turner (D). They came up with an inequitable distribution of those funds. They gave more funds to more affluent and White (areas), and areas that are predominantly Black received no money.”

As these severe weather conditions continue impacting and striking America, the divine reasons as to what is happening and why continue manifesting and is backed by scripture and the warnings of Allah’s (God’s) anointed and divine servants.

“This is God’s sanction on America. Watch the weather. Every year the weather has gotten worse and worse and worse,” the Honorable Minister Louis Farrakhan of the Nation of Islam stated on Twitter. Like his teacher the Most Honorable Elijah Muhammad prophesied before him, there is a reason why America is experiencing these extreme weather phenomena.

The coming of Allah in search for the Black lost members of their nation today is to make Himself (Allah God) known, so He can conquer our captors by using weapons against which they have no power, Elijah Muhammad explains in his seminal book, “The Fall of America.” 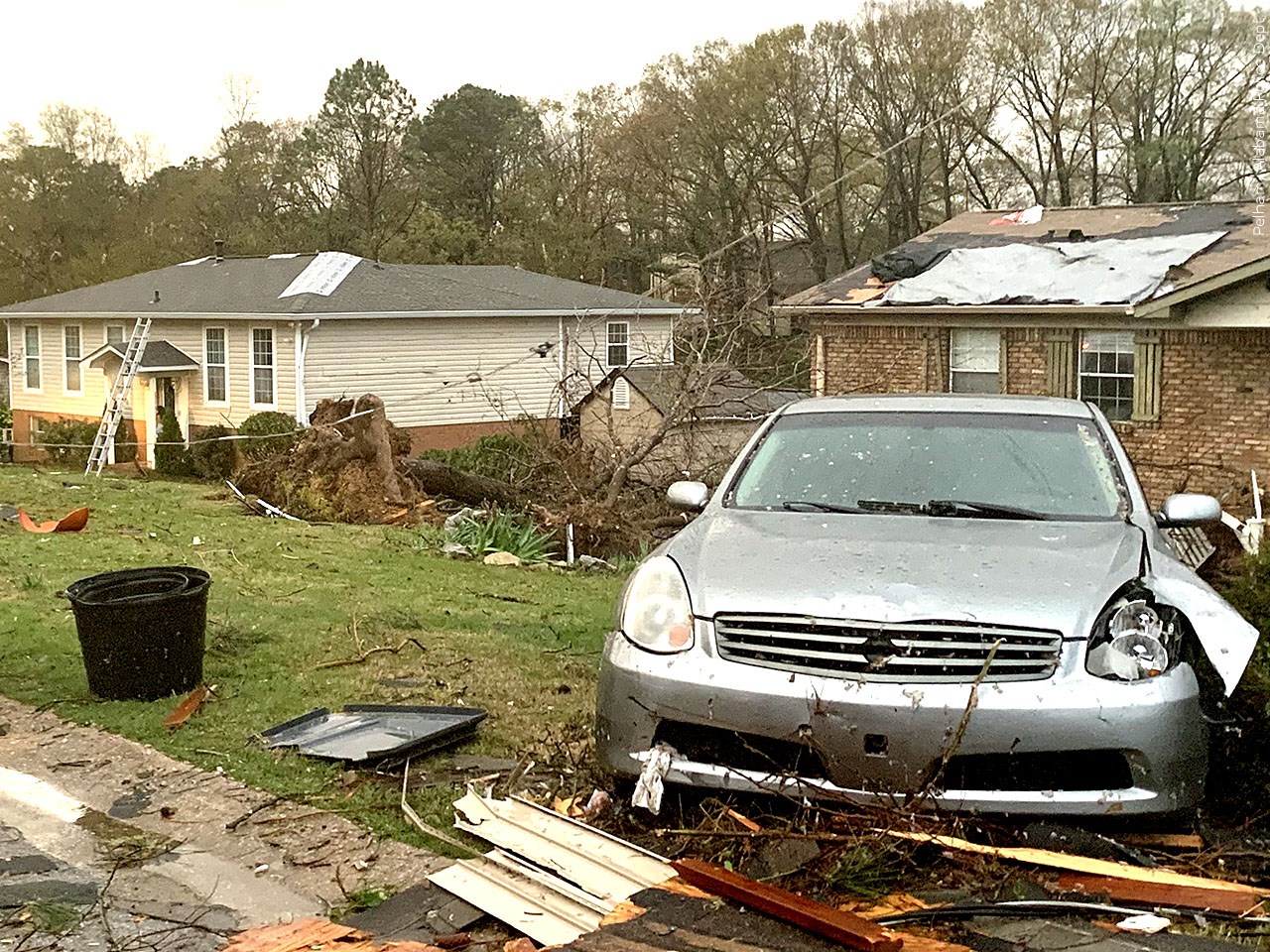 Allah (God) will bring attacks of divine judgement of their world without the use of contrived weapons, stated the Eternal Leader of the Nation of Islam.

“The weapons of war used by God in the past history of the destruction of the enemies of God—such as Noah’s people, Lot’s people, and Moses’ people—are an example of what He will use today. The weapons are the forces of nature against which we have no defense,” he wrote in the chapter titled, “The Deceivers and the Deceived.”

“America is under such divine attack now, in storms as rain, hail and earthquakes—(the latter is yet to take place). A terrific drought is on its way, too, against America. The Book must be fulfilled. The Bible and Holy Qur’an both refer to all that I have said,” added Mr. Muhammad.

Productivity losses due to heat currently costs the U.S. an estimated $100 billion a year, as stated in a report put together by the Atlantic Council’s Adrienne Arsht-Rockefeller Foundation Resilience Center. The impact is felt on numerous levels. On high heat days, the report show people are more likely to feel tired or sick at work, partly as a result of nighttime temperatures remaining too high to get a good night’s sleep. When people are tired, they take more breaks, work more slowly, make more mistakes and have a higher risk of getting injured.

Heat’s impact on work is not distributed equally among the U.S. population. Black and Latino workers tend to live in parts of the country that are more exposed to the heat, and they face working conditions with less protection from heat; in 2020 they lost around 1.3 percent of their productivity due to heat, compared to a 1.1 percent loss for non-Latino White workers.

Rudolph Muhammad, member of the Care Unit 911 (an organization that teaches disaster preparedness), emphasized to The Final Call how crucial being prepared is for when these disasters strike. “When it comes to disaster preparedness, the first thing is to know what region you are in and recent, past history of what the weather should be like any time of year. If you have a vehicle, make sure your vehicle is up to par; winterize your vehicle, top off all fluids, tires are rotated, to go bags; that has seasonal weather attire, medication, up to date first aid kit, water, nourishment, flashlights,” he stated.

“Once a year, everyone should have a complete physical including blood work, everyone should take a CPR and choking class. Situational awareness is being aware of your surroundings at all times—it’s crucial. Be ready to adapt to changing environments. The most important aspect of disaster preparedness is making sure you have a spiritual relationship with your God intact.

Making sure that you’re taking time out for your prayers or meditation so that you can deal with stress and not letting it overwhelm you. Proper rest, eating properly (one meal a day), exercise (get out and walk), be mindful of what you’re taking in mentally are all essential,” added Rudolph Muhammad.

Min. Farrakhan has also cautioned America is reaping what it has sown. Allah (God) is using the forces of nature to humble America, he stated.

“You can call it El Nino. El Nino my foot. That is God’s judgment coming on America as it was written. God has said you have to reap now what you’ve sown. You’ve destroyed cities and towns in Europe and Africa, in the Middle East. Things that you didn’t want, America destroyed. Now, look at your cities. They’re under water; your farmland being destroyed; fire burning the lands of California and the West; tornadoes, hurricanes,” the Minister warned in a previous message. This is just the beginning, he warned.