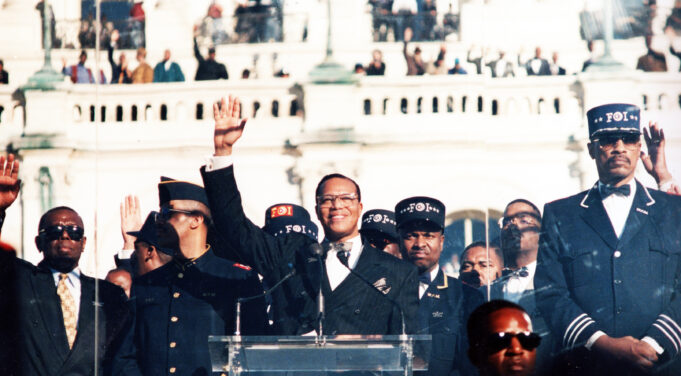 In the Name of Allah, the Beneficent, the Merciful.
As-Salaam Alaikum. (Peace Be Unto You)

This year marks the 25th anniversary of the Million Man March and I recently re-read the words that Allah (God) gave me on October 16, 1995. As a student of the Honorable Elijah Muhammad, I marveled at what God gave me to give to the nearly 2 million Black men present on the National Mall and to the world watching via television.

This was unlike any event ever before in the United States of America or in the nations of the earth, especially those countries that have been under the victimization of the Satanic mind that rules this present world.

No nation has assembled this number of men to make Atonement to God, to others we may have offended, to reconcile differences in our families, differences in our communities and to accept responsibility for our actions that have sown division, hurt and pain among us.
>>READ FULL ARTICLE<<
Posted by Muhammad's Study Group of Grand Rapids, Michigan at 2:29 PM