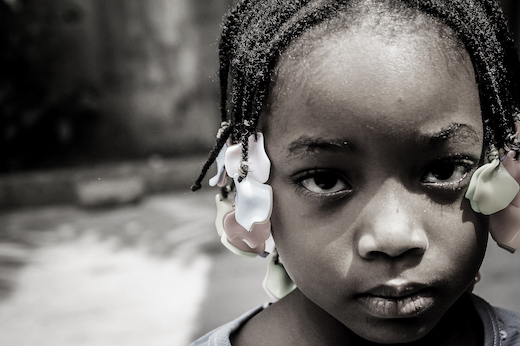 Many Black men and women today understand the social climate they’re living in. It’s a time when tension between Black and White grows more intense with each day. Where current administration policies, combined with centuries of systemic abuse and mistreatment by law enforcement and the judicial system, seems to have altered the way Black people think and behave.

Some feel an intense anger and distrust that can manifest itself into extreme aggression and violence, causing them to lash out at anyone in front of them.

Others may find themselves stuck with intense feelings of sadness and despair that can manifest itself in all kinds of negative, dangerous and detrimental behaviors.

While many may dismiss these things as just stresses associated with being Black in America, from a scientific perspective, the problem is much deeper and goes back more than 500 years.

The definition of epigenetics reads as follows: “the study of changes in organisms caused by modification of gene expression rather than alteration of the genetic code itself.”

In more simplified terms, epigenetics is the study of biological mechanisms that alter genes, and those alterations can be passed down from one person to the next for generations.

When you consider the horrors of slavery, combined with the modernized version of a slave-like existence that Black people continue to live under today, for all intents and purposes, “Black people are essentially born traumatized and have been for centuries,” said Dr. Kenneth Nave, a Chicago-based internist. “Epigenetics means beyond genetics, so to speak. This isn’t fringe science. This is solid, well-documented science on how environmental pathology impacts cellular mechanics at the epigenetic level.”

Dr. Nave has dedicated years of his professional life to this study. “What scientists have found is sufferers of environmental trauma experience a change in genetic functions that are directly related to the epi gene; which sends precursors for change to the gene through an enzymatic process that attaches a protein to certain genes, changing the way they function,” he said.

Dr. Nave explained that once a person finds him or herself in a particular environment and experiences certain traumas, that individual is classified as “Person Zero,” and the cellular and genetic changes that individual experiences, can then be passed down to their progeny, or descendants. The key thing to understand is that even though those altered genes have been passed down, they remain dormant until something triggers them to wake up. Once that happens, not only does it affect a change in that person, but if he or she has children, now they will be affected because of the conditions that trigger these altered genes to wake up.

“The American Academy of Pediatrics just put out an article that talks about how racism has a tremendous effect, in utero, on women who are pregnant and how it affects the children in terms of certain stressors being passed on, and also the long-term effects when they become adults and these stressors creating disorders related to trauma. This includes diabetes, hypertension, and certain forms of cancer,” Dr. Patricia Newton, CEO and Medical Director of Black Psychologists of America, told The Final Call. “Men who have been affected to trauma over a period of time, their RNA genes become altered. In men, an altered RNA gene can lead to the transmission of the effects of their trauma, which can include depression and other anxiety disorders being passed down.”

Dr. Newton says a majority of Black people are born with the effects of trauma that date back hundreds of years. However, she qualified that statement by saying that while some Black people’s neurological makeup can make them more resilient to generational traumas being passed down genetically, the reality is that if you’re a Black person living in the United States of America and other places where Black people face continued harsh discrimination and racialized traumas, there is a high probability those people, or their parents have been traumatized; creating a system of genetic alterations that the average person doesn’t realize or even understand that they have.

But the irony is that epigenetic changes doesn’t just affect Black people, it can also affect White people as well; but in a different way. 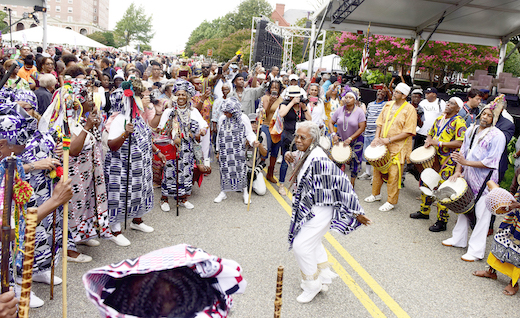 Pamoja Tutashinoh dances in the middle of a circle during the parade of flags and drum call at the First African Landing Commemorative Ceremony in Hampton, Va., on Aug. 24. Photo: AP Daniel Linhart/The Daily Press via


“Epigenetics also affects Europeans,” Dr. Newton explained. “Many people of European descent do not understand the complexities of life as it relates to Black people. Many of them aren’t necessarily in favor of the racialized violence they see manifested and carried out by their own people. But when they do, it alters the behavior patterns of a generation. So now what we see is a surge of young, White males committing mass shootings and mass murderers. We have a population of young White people being impacted by the racialized violence they see and it’s altering the nature of their behavior and its manifesting in the form of increased aggressiveness and hostility toward non-White people. And this is altering the nature of the people being victimized by this.”

When you understand the traumas that Black people have suffered during the times of slavery, up to present day when images of Black people being victims of racialized violence in the form of police shootings, or seeing children crying for their parents who were arrested in immigration raids and their families being separated, all of this has long-term, damaging effects on the psyche.

But it goes even deeper than that.
The negative changes people experience as a result of epigenetic trauma can be exacerbated by the foods they eat and the environment they may live in.

“When you talk about exposure to pesticides in foods and how those things are related to obesity and other health issues Black people deal with, or exposure to heavy metals like lead and cadmium which are very high in Black communities, which leads to an increase in violence and other psychotic episodes; nobody is talking about this and there is a direct correlation between these things,” Dr. Nave explained. “I believe it’s intentional,” he said, adding, “If I can easily go and get all of the literature on this information, there’s no way that powers greater than myself doesn’t have access to even higher levels of information on stuff like this. They have groups and teams of people studying this stuff at the Pentagon and all these other high government offices, so they know what’s happening to people on an epigenetic level.”

But, as complex as this problem seems to be, the question is can it be reversed? Can Black people somehow re-alter their genetic codes so that these traumas don’t continue to be passed down from one generation to the next? The answer is as complex as the epigenetic science. The short answer is that yes, it is possible to break the cycle so to speak. But in order to do that, there would have to be a total shift and transformation to the world at large; something that very few people see happening any time soon.

“We live in a systemic system designed on racism, designed on violence, designed on the need to oppress people of color and dehumanize them. Having said that, we need to continue working together and as people of African descent, we have got to stop fighting each other. We have to stop being so violent and impatient with each other,” Dr. Newton explained. “We have to demonstrate more love amongst ourselves as a nurturing buffer, and we have to create coalitions with organizations so we can protect our young people. We need to advocate for our communities to be protected by us. We need more Black people on the police board in our cities. We need to have systems that don’t victimize our children because as a result of this racialized trauma, and the trauma we inflict on each other in our communities, we no longer have a safe haven for our children. They’re not safe at home, they’re not safe in school, they’re not safe in the streets, and they’re not safe in our faith-based and religious institutions.”

Still, there are steps that can be taken at an individual level that could prove to be beneficial as Blacks continue to deal with increasing external and societal pressures and traumas that have had a negative and long-lasting impact on Black people.

“The biggest way that I see on reversing transgenerational epigenetic disease is you have to stop eating all the processed foods we’ve gotten accustomed to eating. Certain micro-nutritional foods that increases folates can comprehensively change the nutritional environment that can then change how you deal with the external environment we live in,” Dr. Nave explained. “The other thing is rest. We don’t get enough rest in the Black community. I don’t understand why Black people in our communities want to be up all the time. We have to get our people on strict diets and make them get their rest. When you sleep, your body heals and your brain heals. We have to change our basic lifestyles and when we do that, our bodies will heal mentally and physically.”