‘Our dollars can be a form of our resistance’: How and why we should redirect Black dollars this holiday season 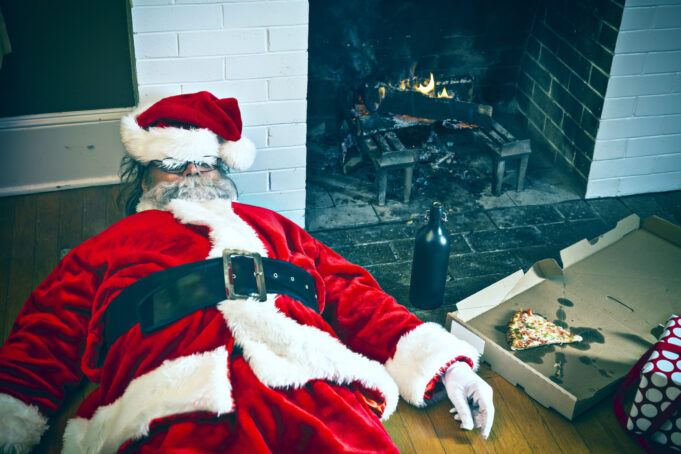 Black Xmas, #BlackoutTuesday, 100 Days of Buying Black, Up With Jesus Down With Santa. These are just a few of the ongoing efforts Blacks around the country are implementing, supporting, and pushing as strategies in the fight for justice, self-preservation, and economic development.

The strategy of “redistributing the pain,” a term coined by Dr. Martin Luther King Jr., is one Black activists, religious leaders, organizations, and ordinary citizens are utilizing throughout the year with many efforts focused on the biggest shopping and spending time of the year, the Christmas holiday season.

Blacks in America continue to lag in most economic indicators facing gaps in homeownership, wages, education, business ownership, and more. Yet amid these very real and grim realities is that the message of empowerment, development and doing for self is also taking root among Black folks. 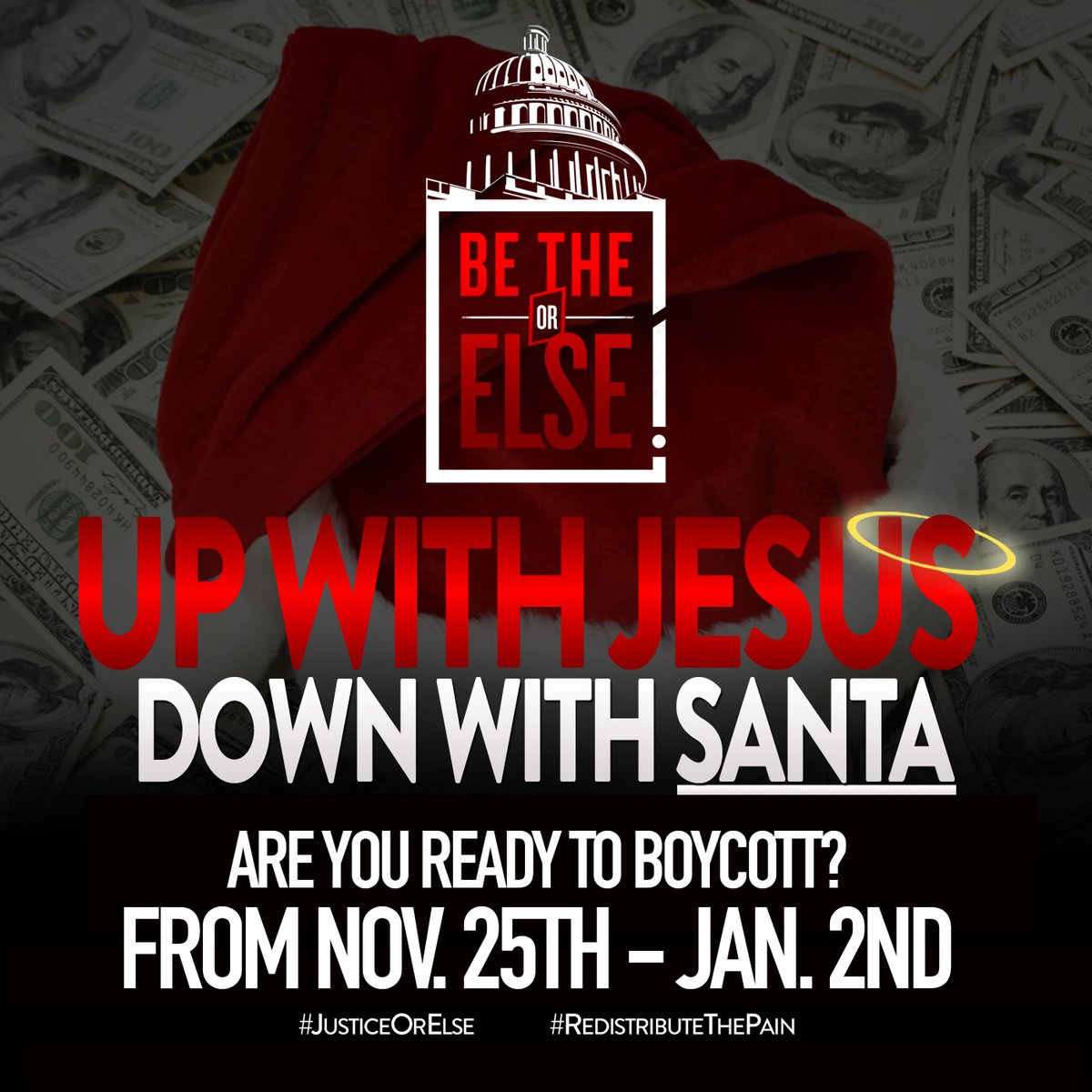 “We can’t talk about the many ways we resist oppression while simultaneously supporting it with our spending,” said Dr. Julianne Malveaux. “We can’t go running after corporate dollars to support our events while giving them a pass on the ways they support structural racism. We absolutely must use this holiday as a way to withdraw from our cooperation with predatory capitalism,” observed the noted economist and author.

Black people can “redistribute the pain” by refusing to spend their hard-earned money with corporations and businesses that uphold the U.S. system of oppression and White supremacy while simultaneously building their own economic, political, educational and community strength. After George Floyd died in police custody in Minneapolis last year corporations quickly issued public statements promising a commitment to racial justice and diversity and denouncing racism. Corporate promises were made, but there is little indication any substantive change has followed in the overall quality of life for the majority of Black people. Police killings, economic and health disparities and the status quo remain. But, the fight continues.

This marks the sixth year of the “Up With Jesus, Down With Santa” campaign introduced by the Honorable Minister Louis Farrakhan of the Nation of Islam. During the Minister’s 10.10.15 address marking the 20th anniversary of the Million Man March, the Muslim world leader quoted Dr. King stating, “We have to find a way to redistribute the pain.” He talked about going to businesses that benefited from Black dollars, and said, “We have to now withdraw our economic support so that those who give us pain can receive some pain in return.” 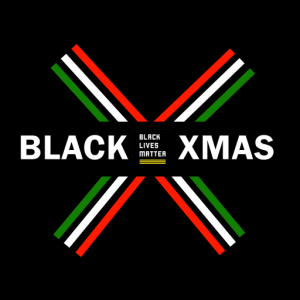 Each year the campaign encourages Blacks to not spend money from Black Friday through January 2 unless spending it with Black-owned businesses.

“You’re either going to treat us right, or we’re going to withdraw from you our economic support. …We intend to boycott Christmas but not Jesus. We choose not to spend dollars on Black Friday, Black Saturday, Black Sunday, Black Monday. We are not going to spend our money for the rest of that year with those companies that we have traditionally spent our money on,” said Min. Farrakhan.

“For five years, we’ve provided an opportunity for Black entrepreneurs to promote and sell their goods and services at West Wall Street. In 2021, we’ve commemorated the 100th year since the Tulsa Race Massacre through events and advocacy. We will close out the year by observing the last one hundred days of this centennial Sankofa moment by promoting 100 Days of Buying Black,” notes the church’s website.

The website also includes links to a “West Wall Street Directory” containing information on local Black businesses and a downloadable “100DBB” spending tracker form for participants to note businesses they patronize and how much money they spend at each one. There is also a “100 Days of Buying Black” Facebook Group where members can post information and photos of Black businesses.

“We are seeking to encourage people across the nation to spend their dollars with Black-owned businesses for 100 days to increase the sales and growth of those businesses. Our goal is to continue the legacy of Black Wall Street by circulating our dollars within the Black community to strengthen our economic base,” notes friendshipwest.org.

Strategic, targeted spending by Black people is critical, Dr. Malveaux told The Final Call as she shared a quote from her recent article entitled, “Consumerism is the Foundation of Predatory Capitalism.”

“I’m a consumer, just like you. I want to shower my friends and family with goodies. These days, I’d rather shower them with experiences and, if I must shop, I am shopping with Black-owned businesses. Our dollars can be a form of our resistance.” 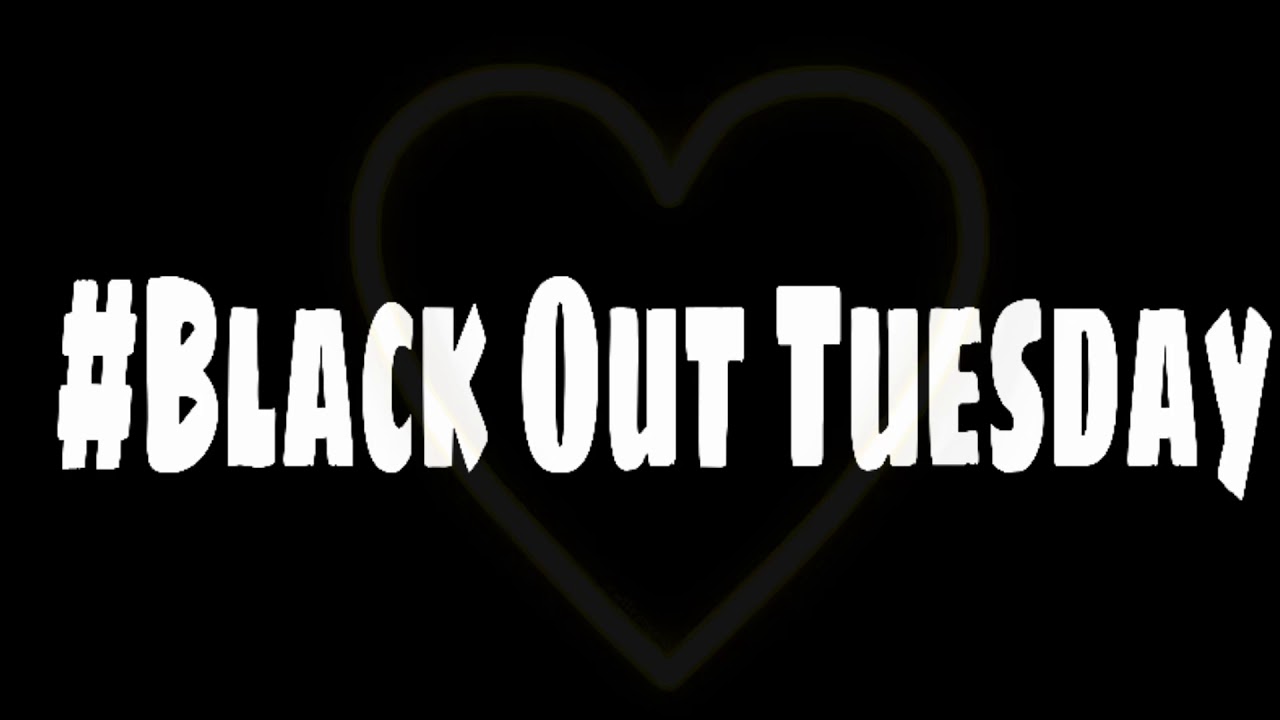 For the 2021 holiday shopping season, Black Lives Matter is once again calling for #BlackXmas, a boycott of White companies to spend with Black companies. Among other recommendations the campaign is urging folks to #BuyBlack, #BuildBlack and #BankBlack. The campaign’s website blackxmas.org also suggests donating to Black organizations that serve Black communities.

Over the years social media movements under hashtags such as #BoycottBlackFriday, #BlackOutBlackFriday, #HandsUpDontSpend, and #NotOneDime connected social justice efforts to spending.

Economic boycotts are not new to the Black community, especially in the 20th Century. “At the Christmas season during the bus boycott in Montgomery, Alabama, Martin Luther King Jr. built on the ascetic tradition of previous American boycotts by calling on protesters to refuse to shop at downtown stores and to save their Christmas-shopping money,” writes Dr. Traci Parker in her seminal work “Black Christmas in American Department Stores.”

“In late 1963, after the deaths of civil rights activist Medgar Evers, and four young girls in the bombing of the 16th Street Baptist Church in Birmingham, Alabama, the Actors and Writers for Justice, an ad hoc organization spearheaded by author James Baldwin, declared that Christmas that year would be a “Black Christmas,” she writes.

Student Minister William Muhammad, of Mosque No. 3 in Milwaukee cited a Muhammad Speaks newspaper report documenting such efforts in the city in the 1960s. The historic publication was published by the Most Honorable Elijah Muhammad, Eternal Leader of the Nation of Islam. “The boycott calling for a ‘Beautiful Black Christmas’ was launched against influential White merchants to force improvements to the near-subhuman living conditions Black people endured in 1967 Milwaukee,” said Student Min. Muhammad.

“We have to be vigilant as followers of the Honorable Minister Louis Farrakhan reminding the public Up With Jesus! Let’s remind them of the injustice.” 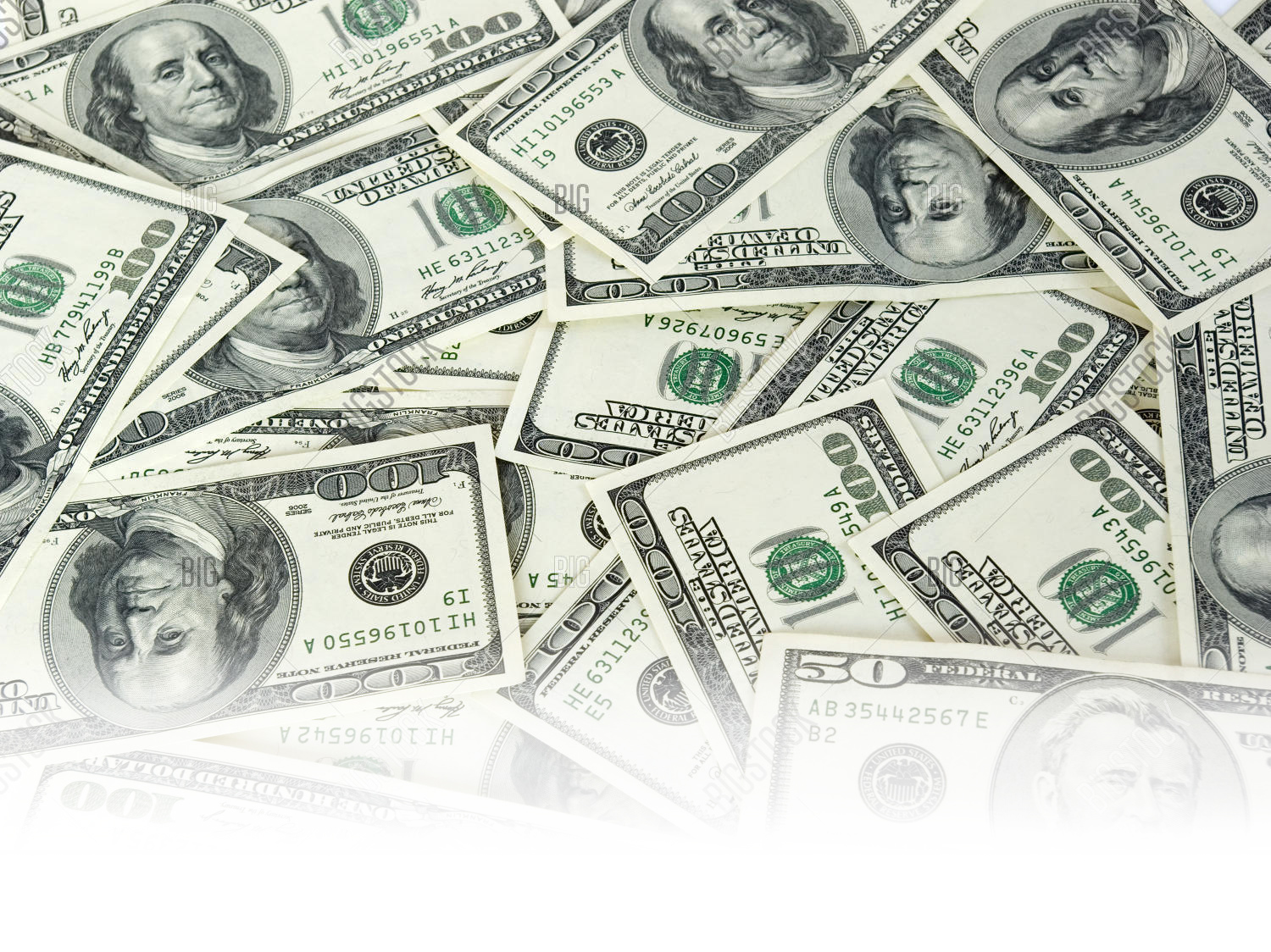 According to Nielsen, which provides analytical data about the habits of consumers, there was no significant drop-off in Black buying power in 2020 which it estimates was at $1.57 trillion. There was “an overall increase in buying” however the new Nielsen report also found this year has prompted Black consumers to buy Black.

The wealth coach Deborah Owens takes it to another level. “We have to save ourselves” by marshaling our economic dollars, she told The Final Call.

“Christmas, I think it’s an opportunity to give the gift that keeps on giving. And that is education, a way to expose kids to investing, understanding how to build wealth. It is inherited knowledge, meaning someone has to pass it on to you to acquire it. Formal education does not teach it,” she said.

“I think that the greatest wealth of all, the most valuable asset of all, is the knowledge itself. We have been so focused on seeking acceptance and looking at politics as a way of garnering that acceptance. If you look at other cultures, you will see that a great deal of emphasis is placed on providing that financial and economic insight,” she added.

For Ms. Owens, the “Up with Jesus, Down With Santa” campaign represents and is an opportunity for Black folks to learn to channel buying power and convert it into economic power as a means of spreading real pain against people in power who are against the rise and success of Black people. “This is the point I want to make. The most important asset to acquire is the knowledge of how to build wealth,” added Ms. Owens.

“Whenever Allah’s (God’s) servant makes a call and gives guidance, it goes deep into the hearts and minds of our people. They make adjustments, they make corrections,” observed Student Min. Muhammad, referring to the guidance and wisdom of Min. Farrakhan. He believes Blacks are becoming more conscious about who they’re spending their money with now. “So, instead of spending it in the White community, they’re looking for a Black business,” he said. (Final Call staff contributed to this report.)
Posted by Muhammad's Study Group of Grand Rapids, Michigan at 1:11 PM