Thousands declare ‘get your knee off of our necks’ at March on Washington anniversary gathering
By Michael Z. Muhammad, Contributing Writer
- September 1, 2020 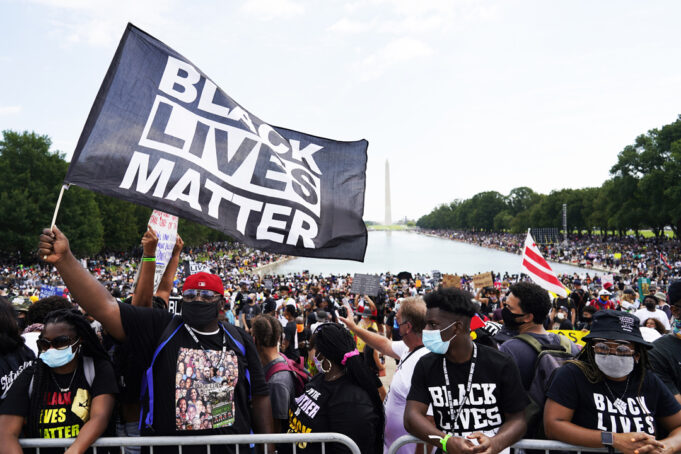 WASHINGTON—The summer of virus and rage culminated at the Lincoln Memorial with the political gathering of the summer as thousands of mostly Black and Brown people, young and old gathered to demand change on the same day as the first March on Washington almost six decades ago.

It was 57 years to the day when Martin Luther King predicted in his historic “I Have a Dream” speech that “the whirlwinds of revolt will continue to shake the foundations of our nation until the bright day of justice emerges.”

A few short months ago, George Floyd died in police custody in Minneapolis, causing an earthquake of revolt, shaking America to its core and sparking the cry “get your knee off our necks.” A now fired and charged White cop sat with his knee on the neck of the Houston native as life left the Black man’s body.
>>READ MORE<<
Posted by Muhammad's Study Group of Grand Rapids, Michigan at 6:39 PM