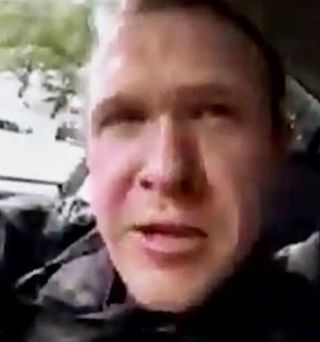 
Murderous rage in New Zealand, which left 50 people killed in attacks on two mosques in Christchurch, is part of global, growing and deadly White deadly resentment, said analysts, activists and scholars interviewed by The Final Call

“It is very disconcerting, and we should see it as the tip of the iceberg,” said Dr. Wesley Muhammad, a Nation of Islam student minister who holds a Ph.D. in Islamic Studies. 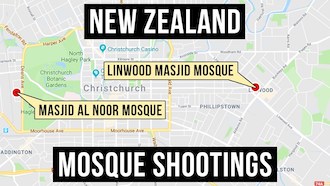 The world largely awakened March 15 to news of one of the bloodiest terror attacks in recent times. A White gunman converged on the mosques targeting everyone in sight during traditional Friday congregational prayer services. An estimated 500 Muslims were attending the Al-Noor Mosque with others at the smaller Linwood Mosque, a short distance away.

Police confirmed three people were arrested and multiple car bombs were found after the mosque shootings. Brenton Tarrant, the alleged shooter who livestreamed the deadly carnage, was charged with murder the day after the killings. “There were a number of IEDs (improvised explosive devices) attached to vehicles that we also stopped. They’ve been made safe by Defense Force but that does go to the seriousness of the situation,” Christchurch police commissioner Mike Bush said. Four people were initially captured by local police and authorities locked down mosques where the attacks took place and much of the city. 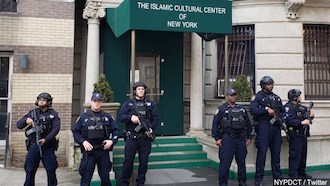 NYPD increasing security at Mosques and places of worship in light of the New Zealand attacks, March 15. Photos: MGN Online


“There’s been some absolute acts of bravery ... but let’s not presume that the danger is gone. We are not aware of other people, but we cannot assume there are not others at large,” cautioned the commissioner.

“The pool of sentiment from which he (Mr. Tarrant) came … globally it’s the angry White man, because globally their population is in reverse,” said Dr. Muhammad.
Dr. Wesley Muhammad said White demographic numbers and low birth rates are major factors in the global wave of White nationalism. In the United Kingdom, France and other European nations, Whites are wrestling with increasing numbers of migrants from Africa and darker nations. But, they are arriving amid a time of White population decline and growing economic distress.

“They (Whites) see themselves losing that great White, Anglo-Saxon power and privilege that they have enjoyed for so long coming to an end,” said human rights activist Lee Jasper, who is based in London, in a previous Final Call interview. Europeans see themselves becoming a minority, but resettled refugees fill needed workforce positions Whites cannot fill because of their declining numbers.

Census Bureau numbers say if White birth and death rates don’t change by the mid-2040s, Whites will be a minority population in the United States.

The Daily Mail, a UK-based newspaper, reported suspected Christchurch terrorist Tarrant, 28, vowed to kill Muslims a day before the attack. The native of Australia was praised after the heinous act by followers on social media. The Daily Mail said an anonymous user, believed to be Mr. Tarrant, posted on the rightwing blog site 8Chan March 14: “I will carry out an attack against the invaders and will even live stream the attack via Facebook.”

“When they can livestream murder of worshippers at prayer you know depravity has sunk to lowest pits,” commented Moazzam Begg, outreach director for IIICAGE, a London-based advocacy organization for communities impacted by the War on Terror. “This hatred has been stoked by politicians and media. They must be accounted alongside killers,” Mr. Begg said in a Facebook video message responding to the attacks.

The Council on American-Islamic Relations, a U.S.-based Muslim civil rights and advocacy group, condemned the attacks. CAIR expressed concern that the alleged shooter called himself a supporter of President Donald Trump, who he sees “as a symbol of renewed White identity and common purpose.”

CAIR has reported an unprecedented spike in bigotry targeting American Muslims, immigrants and members of other minority groups since the election of Mr. Trump as president. CAIR has repeatedly expressed concern about Islamophobic, White supremacist and racist Trump administration policies and appointments.

New Zealand Prime Minister Jacinda Ardern lamented to the media that she never expected such a thing to happen in New Zealand. However, some observers of New Zealand history disagreed. They expressed surprise a tragedy didn’t occur sooner. “Racism is absolutely the norm in New Zealand,” said Dr. Randy Lancaster Short, a lay leader of the African Orthodox Church. “It’s a serious problem and it’s focused on their version of ‘niggers.’ ”

New Zealand like Australia, where the accused shooter is from, has a brutal colonial past that lingers on in deep social disparities along racial lines today, he said. As in other neocolonial states, it is New Zealand’s indigenous Black Maori population that suffers the biggest burden of inequality.

Race-driven killings have become more prevalent in the United States, Canada and Europe where racist xenophobia has taken root among Caucasians against immigrants, particularly migrants from Africa and the Middle East. 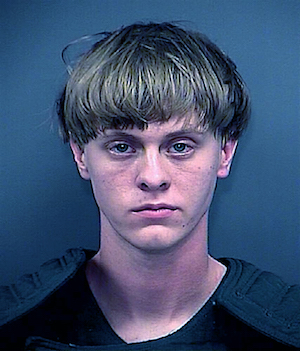 In the U.S., mosques have been desecrated and Dylan Roof, a White nationalist and domestic terrorist, slaughtered nine members of Mother Emanuel AME Church in Charleston, S.C., during a 2015 bible study. Mr. Roof claimed unequivocal allegiance to White nationalism and was hoping the act would inspire a race war. 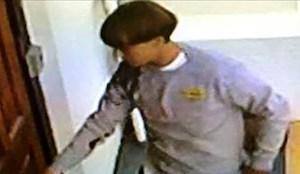 In Canada, Alexandre Bissonnette, 28, opened fire on worshippers during evening prayers at the Islamic Cultural Centre of Quebec City in January 2017. Six people died and 19 others were wounded in the attack. Reports said those who knew him said he held far-right, White nationalist, anti-refugee and anti-Muslim views.

Though Prime Minister Justin Trudeau and Premier Philippe Couillard called the shooting a terrorist attack, Mr. Bissonnette was not charged under the terrorism provision of Canadian law. He was found guilty and sentenced to life in prison, without the possibility of parole for 40 years.

In July 2011, White Supremacist and anti-Muslim extremist Anders Breivik carried out a murderous rampage in Norway. Mr. Breivik parked a van outside the Parliament building in Oslo and lit a bomb that killed eight people. He then shot 69 people to death, mostly teenagers at a youth camp on the island of Utoya. He carried out the shooting over the course of an hour and a half before police arrived. He also distributed racist material online and a manifesto of his views to 1,000 email addresses. He was convicted of terrorism and murder and sentenced to 21 years in prison.

Mr. Tarrant paid homage to these and other race warriors as his heroes and fellow travelers. He also posted a manifesto online where he argued Whites were under attack and he was striking a blow for the salvation of Caucasian people.

“The deeper end and more disturbing part of this is that it’s an indicator that the final conflict is really about to occur,” said Dr. Ava Muhammad, national spokesperson for the Honorable Minister Louis Farrakhan. The Christchurch attack is a reminder of an ever-present White supremacist mentality, she warned. 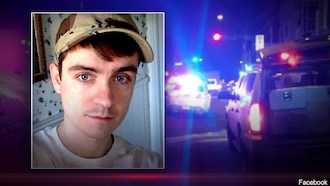 
“Minister Farrakhan’s call for Black people in America to seek refuge in a separate state or territory of our own has gone beyond a watch to a warning and by that I mean we have to create our own safe haven,” Dr. Ava Muhammad continued. “Whatever happens in New Zealand, which is predominantly Caucasian owned and operated, is a reflection of the tentacles of the United States and, of course, its doctrines of White supremacy. Unfortunately, we can expect more and more of these to happen.”

Eyewitness Mohammad Jama from Masjid Al-Noor Mosque in Christchurch described in horrific detail the afternoon of the attack. “We were into 10 minutes of our prayers and then we heard gunshots outside, but kept on praying,” he told reporters for Radio New Zealand. “Next minute, it was inside. He was a light-colored skin guy and he started firing and we all went for cover. A couple of guys from inside probably ran outside and they all came out in blood. When we got up we saw people lying around us (who) were shot. They had blood coming out, some from the neck.”

A young Muslim man challenged the armed Mr. Tarrant, who dropped his weapon, fled, and was apprehended by police. 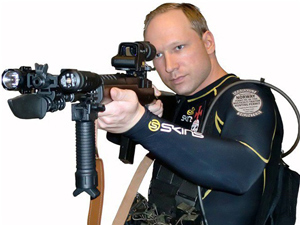 
Yasmin Ali said the attack left her terrified in what used to be one of the most peaceful places for Muslims. “What terrifies me is that there’s people out there who are enjoying this … that support this, it pushes their cause even more and I am really scared for our future,” she said. “I’m terrified. I don’t know if I’m going to feel safe walking by myself wearing my headscarf and I’ve never felt that way before.”

Imam Amin Nathari, of the Islam in America Movement, called the attack unsurprising given Islamophobia across the globe. “This was more of a manifestation or a consequence of the hate that Trump has produced and that now there’s Islamophobia and the things we see happening in America spreading across the world. Looking at his [President Trump’s] response, his response was deplorable but it’s just representative of his view of immigrants and Muslims of any ethnicity,” said the imam. 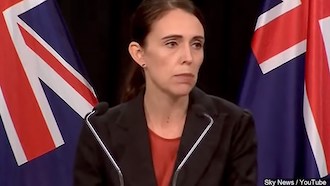 
Muslims in immigrant and Black communities should be extra precautions, he added. “We should never think that the enemy sleeps; the enemy never sleeps, he just changes shifts.”