Does strong Black identity make you an extremist to the United States government?

DALLAS—The morning of Tuesday, December 12, 2017, is one community activist and organizer Rakem Balogun will always remember.It was about 6 a.m. when he and his son were awakened by a raid from the Federal Bureau of Investigation along with the Bureau of Alcohol, Tobacco, Firearms and Explosives. He was arrested under the charge of unlawful possession of a firearm. Mr. Balogun, who is also known by his birth name Christopher Daniels, says he owned all of his weapons lawfully. He was told he was under investigation for the past two years and they had warrant for illegal possession of weapons.“They aggressively knocked on the door, and my son said it looked like the military is outside,” Mr. Balogun recalled. He was held in custody under pre-trial detention until a federal judge dismissed the weapons charges against him on May 2, allowing him to go free on May 4. 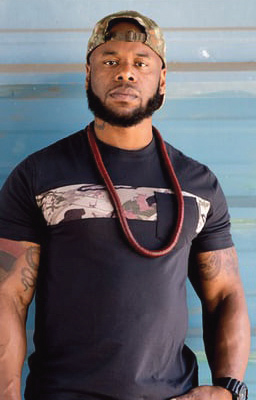 Rakem Balogun “I heard them yelling commands, and I informed them that I would not be resisting and that I was sending youth out so please be patient,” Mr. Balogun said, describing his interaction with federal agents who descended on his home.The FBI agents handcuffed him and his son and made them stand outside in 30-degree temperatures for over a half an hour in their underwear, he said. Rushed to a detention center in a convoy, Mr. Balogun immediately went before a judge where he says his character was assassinated so he would not receive bond.“They used the open carry march we did in Austin, Texas, as a reason why I should not receive bond, and a Facebook post on which I did not empathize with police that were killed in the midst of a protest. My attorney’s rebuttal of those claims mentioned that it was well a part of my First Amendment right to say those things. In her cross examination of the federal agent, she asked did I make any threats on anyone, or did they have any evidence that I was planning to do harm on any one? He admitted that there was no evidence, and no threats or plan of my intent to do harm and they still denied me bond,” he said.Mr. Balogun appears to be the first person held under the Trump-era FBI designation of Black Identity Extremist (BIE).In an Aug 3, 2017 FBI Intelligence Assessment, “Black Identity Extremists Likely Motivated to Target Law Enforcement Officers,” the bureau concludes “it is very likely a Black Identity Extremist (BIE) perceptions of police brutality against African Americans spurred an increase in premeditated, retaliatory lethal violence against law enforcement and will very likely serve as justification for such violence.”The FBI said it was very likely the increase followed the August 9, 2014 shooting of Michael Brown, Jr., in Ferguson, Mo., and the subsequent grand jury decision not to indict the police officer involved. The FBI report declared, “it is very likely incidents of alleged police abuse against African Americans since then have continued to feed the resurgence in ideologically motivated, violent criminal activity within the BIE movement.” 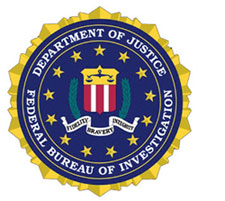 Mr. Balogun insists the BIE designation of leaders and organizations in the Black community is nothing more than a new version of COINTELPRO, an FBI Counterintelligence Program that targeted Black organizations for surveillance, infiltration, and dirty tricks designed to disrupt, destroy and deny the groups public support, acceptance and prevent their unity.“Yes it is a form of the old COINTELPRO, the whole goal of the BIE is to pretty much demonize Black people who want to bring change in their community in a militant manner,” declared the activist. The government of the United States of America has long targeted Black people by way of programs like the FBI’s Counter-Intelligence Program or COINTELPRO. Formed in the 1950s by then FBI Director J. Edgar Hoover, the objective was to stop the rise of a Black messiah whose leadership would unite Black people. COINTELPRO constantly spied on, set-up and destabilized groups organized to uplift and fight for justice for Black people. Malcolm X, his teacher the Hon. Elijah Muhammad, Black Panther Party co-founder Huey P. Newton, and even the less militant Dr. Martin Luther King Jr. are some of many COINTELPRO targets. 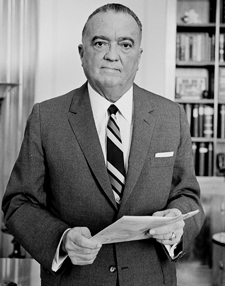 J. Edgar Hoover Mr. Balogun now joins that list in modern times, but says it was never about him—it was more about people awakening to America’s evil and hypocrisy as well as his struggle with the FBI.The federal government’s assertion that individuals law enforcement designate as Black Identity Extremists would attack law enforcement officers has smeared an entire group of people without evidence and allows for their targeting, said Mr. Balogun.Mr. Balogun’s supporters believe his case is the beginning in a new day of monitoring, infiltrating and criminalizing Black leadership in 2018.Rakem Balogun, along with his comrade in struggle, Yafeuh Balogun, are co-founders of the Huey P. Newton Gun Club. The group made national news legally carrying weapons, as Texas is an open carry state, in a display of Black men and women ready to defend their community from racist violence.On April 2, 2016 in the South Dallas Black community, the Bureau of American Islamic Relations, a White group, staged an armed protest outside of the Nation of Islam’s Muhammad Mosque No. 48.According to Yafeuh Balogun, Rakem Balogun was the chief organizer of the gun club’s show of solidarity with the mosque and opposition to the White group’s armed protest.

“That solidarity, along with the rest of the community, helped to render the protest unsuccessful, causing the group to leave South Dallas before arriving at the mosque,” Yafeuh Balogun continued. 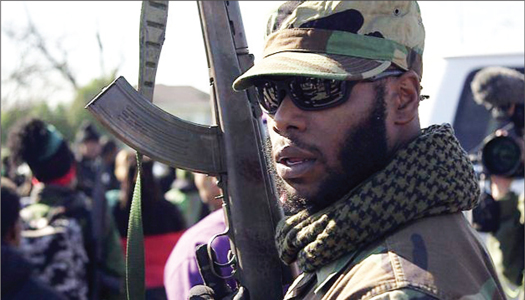 Rakem Balogun, along with his comrade in struggle, Yafeuh Balogun are co-founders of the Huey P. Newton Gun Club. The group made national news legally carrying weapons, as Texas is an open carry state, in a display of Black men and women ready to defend their community from racist violence. On the heels of Micah Johnson, the former U.S. military man, who allegedly killed five Dallas Police officers in July, 2016, some say the FBI eyed Dallas for what they would deem BIE activity. Could the FBI view Dallas as a potential hot zone of BIE actions?Could the federal agency seek to stifle growing Black consciousness, militancy and see organized groups in Dallas as potential threats?Some think it is possible.“For the government to use BIE as a way to detain anyone in our community shows the strength that we have in the city of Dallas. The Honorable Minister Louis Farrakhan continuously tells us that the Nation is honeycombed with agents and hypocrites, so it is imperative that we remain clean internally and externally in order for our righteousness to sustain us during these troubled times. Here in the city of Dallas we work with all grassroots organizations that assist in creating heaven here for our poor and suffering people,” said Al Shaheed Muhammad, the Dallas representative of the Nation of Islam.Longtime independent educator and Pan-African activist, Amin Imamu Ojuok, said, “I am not surprised because the media was really trying to segway the Micah Johnson incident into a narrative of militant Black terrorism. Further, the Dallas-Ft. Worth conscious community has really been active the past few years via hosting national events, building Afrikan-centered schools, and organizing against police terrorism.“But the most ‘extreme,’ ‘militant’ Blacks I know would at best be the equivalent of a devoted National Rifle Association member. Training, demonstrating, and organizing. No active campaigns that could be considered ‘extreme.’ ”Mr. Ojuok’s mention of the NRA, which has historically represented a membership of mostly Republican, right wing Whites, brings another question to the forefront.With the rash of mass shootings done by White men and boys and White confrontations with police officers, one might ask if there is such a thing as a White Identity Extremist?“Congresswoman Karen Bass grilled U.S. Attorney General Sessions about the designation of certain Blacks as BIE, by countering him with the question if there are any groups or individuals that would be called White Identity Extremists? And he said no, not that he knows of. Based on the statistics White people are more likely to be terrorists,” said Rakem Balogun.Mr. Balogun further stated that Rep. Bass (D-Calif.) “asked Sessions then why is there a Black Identity Extremist (designation), and his response was he had to get further information and get back with her.”Rakem Balogun has been talking to Rep. Bass seeking guidance. He also affirms that he, the Huey P. Newton Gun Club, and their related organizations, Guerrilla Mainframe and Geronimo Tactical, will continue to be active in the community, working with anyone who is for the rise of Black people in Dallas.
Posted by Muhammad's Study Group of Grand Rapids, Michigan at 6:19 PM