The life and work of a servant and soldier remembered, investigation continues

GRAND RAPIDS, Mich. (FinalCall.com) - The Nation of Islam has called in forensic specialists and private investigators to look deeply into the circumstances surrounding the suspicious death of the leader of the Nation of Islam’s study group here.

Robert Dion Muhammad, the 39-year-old leader of the Nation of Islam’s Grand Rapids Study Group reportedly went missing in the waters of Muskegon State Park’s campground beach September 5th at approximately 5:30 p.m. According to Muskegon County Sheriff Dean Roesler, his body was found the next day in Muskegon Lake in 28 feet of water. Details are sketchy but it has been reported that he struggled during an attempted swim back to a boat that was located approximately 50 feet offshore, went under water, and presumably drowned. 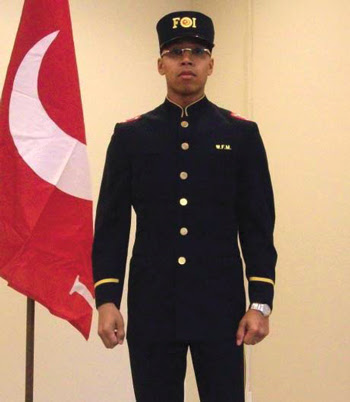 
“We intend to get to the truth of what happened to our brother,” said the Honorable Minister Louis Farrakhan, who presided over the Islamic funeral prayer service known as the Janazah, speaking from the pulpit of the Deliverance Outreach Ministries church September 13.

“Even though we are hurt because we don’t know exactly what happened,” the Minister continued, “we bear our pain with dignity and strength.”

The Nation of Islam’s funeral ceremony is dignified and efficient. Minister Farrakhan explained that in Nation of Islam funerals, there are no elaborate and expensive floral displays, because it is preferable that flowers and accolades are given to individuals while they are alive, when they can enjoy their beauty, and the sentiments of those sharing them. There are no choirs singing, and brief words are spoken by the appointed spiritual leader, reinforcing the transitory nature of life and the importance of appreciating each day as a gift from God.

“Every life is his and as the Sovereign Lord of all life, he can call us back to himself whenever he pleases,” said the Minister. 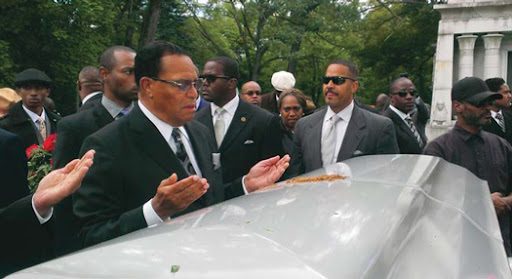 Members of the Fruit of Islam served as pallbearers and carried the coffin out of the church placing it delicately in the hearse, as the women of the Muslim Girls Training and General Civilization Class of the Nation of Islam escorted the family of Robert Dion Muhammad to the vehicles that would take them to the burial grounds. Dozens of cars in the funeral procession traveled through the streets of Grand Rapids arriving at the Oakhill Cemetery. 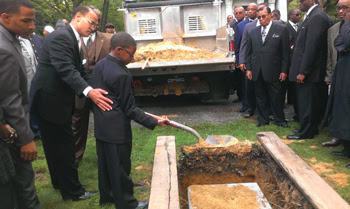 In a particularly moving tribute, one of Robert Dion Muhammad’s young sons participates in covering his father’s casket at the burial.

The widow of Robert D. Muhammad, Sister Yreva, was visibly shaken, but with dignity and poise comforted her young children, with the help of relatives and the extended family of those who are members of the community. The two were married in 2000 and have eight children, four sons, Nioreh Dion (16), Solomon Isa (13), Toussaint Saalih (12) and Najm Sherrif (10), and four daughters, Nikah Hanan (8), Shahadah Qamar (6), Ilyasa Mashariq-Hajj (2), and Mizan Qaharra (5 months). Muhammad would have turned 40 on Saturday, September 6, the day his body was found by aquatic search crews.

Minister Farrakhan delivered a brief prayer, and then those who loved and respected Robert Dion Muhammad proceeded to cover his casket with dirt and flowers. Then, the body was lowered to its ultimate resting place. The Minister shared final comforting words with the family and all who gathered.

“I’m looking at his sons and his daughters and I can see in them that they will continue the work of their father, so it is not over. It has just begun, and you watch and see how God answers and he will. The Qur’an says he’s very swift at taking retribution. If they did anything evil, you can believe they will pay,” he said.

A humble soldier, father and husband
Every person who spoke about Robert Dion Muhammad described him as a committed Muslim, husband and father who was always available to serve those in need. He had led the Grand Rapids Study Group since 2006. Many described how he would be reliably posted up at the corner of Eastern and Franklin—a busy intersection in Grand Rapids—making The Final Call newspaper available to the members of the community.

Funeral director and licensed mortician Crystal Hardley, with over seventeen years of experience in the industry, believes it is a very good idea that the Nation of Islam has hired its own independent investigators and forensic specialists to look into the circumstances surrounding Robert Muhammad’s death.

“I just recognized the discoloration around his eyes did not line-up with a drowning victim,” said Ms. Hardley. “It was clearly not just a drowning,” she added.

Azizi Jasper was a close friend of Robert Muhammad for over a decade and called his loss “an incredible blow” to the Black community in Grand Rapids.

“Brother Robert was a dear friend of mine. He had an incredible family—a beautiful Black family. He was a true living reflection of God,” said Mr. Jasper. “All the time he’s been in the community, he worked tirelessly,” he added. 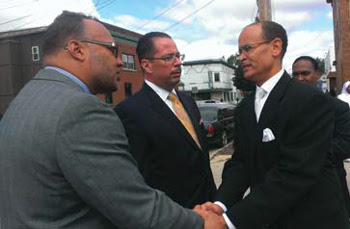 Marcus Muhammad, the Nation of Islam’s study group leader based a little over an hour away in Benton Harbor, worked very closely with Robert Muhammad, especially during the times they brought Min. Farrakhan to Grand Rapids in 2012 and 2013 for speaking engagements. Marcus Muhammad said he was a humble brother.

“I watched when he was installed as the study group coordinator and as he served in the post, his humility grew along with his service,” Marcus Muhammad offered. “This is a tremendous loss on one hand, however, the great work that he has left and his example will raise up Muslims not only in Grand Rapids but throughout the nation,” he added.

Pastor Jerry Bishop leads the Life Quest Ministries, and for the last four and a half years, the Grand Rapids Study Group has met in Pastor Bishop’s building.

Joe Jones of the Grand Rapids chapter of the National Urban League said Robert D. Muhammad was a man of high character and integrity who will be missed.

“He was a model of integrity and what it meant to be a man,” said Mr. Jones.

Minister Farrakhan’s assistant Ishmael Muhammad said he was thankful to Allah (God) for the work that was done by Student Minister Robert D. Muhammad and that over the next few days and weeks, he will be back to ensure that support is present for the members of the Nation of Islam in Grand Rapids as they continue the work, and for the family.

“I’m deeply saddened that we’ve lost such a good soldier and helper of the Honorable Minister Louis Farrakhan in our nation, and it was not only a loss for the nation but a lost for the city,” said Ishmael Muhammad. “As the Qur’an says that Allah does not waste the work of any worker, he would want the work that he was blessed to accomplish in this city to continue.”

Ishmael Muhammad also said people should take heed to the clear warning delivered by Minister Farrakhan and “should be looking, and watching, and listening for Allah’s (God’s) retribution if our brother was taken under some evil act of the enemy.”


NOTE FROM THE GRAND RAPIDS STUDY GROUP:
Click here to donate to the Student Minister Robert D. Muhammad Memorial Fund, May Allah Bless you for your support of his widow and children.