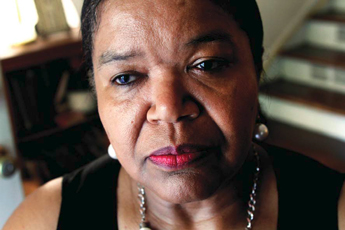 WASHINGTON (NNPA)—Victims who were sterilized in North Carolina between 1929 and 1974—approximately 7,600 people—have until the end of June to file a claim with the state, according to government officials.

The month of June marks the final push to identify victims and their families, who will receive reparations in June 2015 from a $10 million fund. North Carolina is not the first state to publicly acknowledge this practice, but it will be the first state to offer compensation for it.

Currently, the state estimates that close to 3,000 victims, born in or before 1961, may still be alive.

“We honestly don’t know how many [Black Americans] were victims, we’re still subpoenaing records, talking to people, and sharing with others as the data comes in,” says Hilary O. Shelton, NAACP Washington Bureau director and senior vice president for Advocacy and Policy. “But, we’re very clear that for the victims, and families of the victims, justice needs to be served.”

“The first publicly-funded birth control was in the South, and it was intended to reduce the Black birth rate,” says Dorothy Roberts, reproductive rights scholar and professor of African American studies, law, and sociology at the University of Pennsylvania. “In North Carolina … initially most of those sterilized on orders of the Board were [mentally disabled] White people, but eventually it targeted predominantly Black women receiving public assistance.”

According to Ms. Roberts, Black women went into state-run hospitals and clinics for routine procedures or births, and unknowingly signed documents authorizing their sterilization (sometimes during labor); gave consent after being deliberately misinformed; consented under the threat of losing social services; or were simply sterilized without their knowledge, in addition to the intended procedure. Doctors were compensated for the procedures through state funding (i.e., taxpayer money).

“During slavery, Black women were coerced into having children who were mere property of White men. So their own reproductive decisions have been devalued and regulated since times of slavery,” Ms. Roberts says. “This preceded eugenics, but I argue that that familiarity … provided fertile ground for eugenics in the United States.”

The practice of compulsory sterilization was part of a global eugenics movement which the United States pioneered (and from which the Nazis drew inspiration). The theory was that people considered irreparably inferior—such as disabled people, people of color, poor women who already had children, and some convicts—should be barred from having children for the good of society.

The U.S. Supreme Court reinforced the practice in 1927 with its Buck v. Bell ruling. According to the court’s majority opinion, “It is better for all the world if, instead of waiting to execute degenerate offspring for crime or to let them starve for their imbecility, society can prevent those who are manifestly unfit from continuing their kind.”

There were 33 states that had eugenic boards and/or compulsory sterilization laws on the books. In some states, these laws and government bodies still existed until recently. Oregon, for example, abolished its eugenics board (which was largely concerned with the mentally disabled) in 1983. North Carolina’s General Assembly formally repealed its last remaining involuntary sterilization law in 2003.

“It’s still part of public policy, even though they don’t expressly say that,” says Ms. Roberts. As an example, she points to the policy that welfare recipients are denied additional benefits if they have additional children. “To me, that’s based in the eugenics ideology that certain people’s childbearing causes social problems, therefore the state should deter them from having babies.”

Another example resurfaced in June when California’s Senate approved a bill to ban its prisons and jails from sterilizing inmates (except in life-threatening situations, or as necessary treatment for another physical condition, with inmate consent). The legislation was in response to an investigation conducted last year, which found that nearly 150 women had been sterilized in two California prisons without state approval, often under coercion or deception. Most of the surgeries, which occurred between 2006 and 2010, were attributed to one physician, Dr. James Heinrich, who has a long list of violations.

“I do believe most Americans are not aware this even happened. Most people who truly believe in the promise of America could not conceive of our government and government officials being involved in something like this,” Mr. Shelton says, adding that he is aware of similar investigations beginning in Alabama, and other states. “I think most people will support the victims. As more people learn about this, we will see more outrage.”

(The deadline for filing a claim with the North Carolina Office of Justice for Sterilization Victims for compensation is June 30. The Charlotte-Mecklenberg County chapter of the NAACP is offering free help filing claims on Thursday, June 12 from 10 a.m. to 1 p.m. at New Ahoskie Baptist Church (located at 401 Hayes St. E in Ahoskie, NC. If you believe you or a relative may have been sterilized in accordance with North Carolina Eugenics Board policies, call the information line at 1-877-550-6013 (toll free in North Carolina) or 919-807-4270. You can also file a claim and view additional information online at www.sterilizationvictims.nc.gov.)